On Monday, Jan 28 of 2019, over 600 students, gathered at MIT, USA; University of Alicante, Spain; and University of Sydney, Australia to watch cosmonaut Oleg Kononenko and astronaut Anne McClain referee the final competition of the Zero Robotics High School Tournament 2018 aboard the International Space Station.

The live broadcast featured presentations by former NASA Astronauts Cady Coleman, Jeffrey Hoffman and Vice President of Airbus DS Space Systems, Hans-Juergen Zachrau. The 2018 game, ECO-SPHERES, centers around the removal of space debris from Low Earth Orbit. Students were challenged with the unprecedented task of attempting to hook two satellites together in microgravity.

Congratulations to all teams from the globe made to the ISS-Final.   ISS Champions of this year’s Zero Robotics High School Tournament 2018:  Naughty Dark Spaghetti (an alliance of three teams from Italy, NY, and WI)! “

This year’s game called ECO-SPHERES centers around the removal of space debris from Low Earth Orbit. Students have been challenged with the unprecedented task of successfully hooking two satellites together in microgravity.  Students must command their satellite to navigate to another disabled spacecraft (another satellite), hook onto it and tow it back safely.  The goal of the game is to complete these tasks in the shortest amount of time. In order to be victorious, however, students must be careful to avoid their own satellite from collisions with space debris which incur thruster damage. During the on-orbit competition,  the SPHERES will be configured with hooks that were 3D printed on the ISS.

Zero Robotics is an annual robotics programming competition where the robots are SPHERES (Synchronized Position Hold Engage and Reorient Experimental Satellites) inside the International Space Station. This is from the SPHERES-ZERO-Robotics program run by the Massachusetts Institute of Technology (MIT) and National Aeronautics and Space Administration (NASA).  Students (Gr.9+) write algorithms for the SPHERES satellites to accomplish tasks relevant to future space missions. 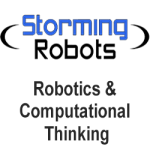 Have You Registered Yet?